Citrus Mildew: How to Identification and Control Phytophthora

In citrus fruits, downy mildew results in trunk rot, sometimes visible on the fruit. The disease is the consequence of Phytophthora, a mold fungus.

Downy mildew, even more so on citrus trees, is certainly a gardener’s worst nightmare. A sapling, planted with love and surrounded by affection, refuses to get comfortable, instead of collapsing several years after planting.

The tree had no visible insect or disease problems, it simply ” wilted “. The culprit in cases like this is often Phytophthora, a soil pathogen that infects trees, woody plants, and even vegetables. For example, late blight in tomatoes can devastate an entire crop.

How is late blight spread? Transmission

The fungus Phytophthora, responsible for the disease called downy mildew, is transmitted by water, either with contact with the bark of the tree (for example with heavy rains) or by contact on the fruits (generally those of the low branches) with raindrops that damage the outer shell of the fruit.

There are many species of phytophthora, some favored by warmer temperatures and others cooler, but the majority appear in spring and fall.

Usually, the citrus withers for many years before dying. The phenomenon can be much faster on a young tree.

The double bowl for watering: citrus fruits do not like water directly at the foot of the trunk (collar) because it can transport and transmit diseases. The neck of the tree is sensitive because the bark is thinner there than elsewhere. The “double bowl” consists of creating a dam isolating the trunk from direct contact with irrigation water (or rainwater). The inner bead creates a crawl space around the trunk, while the outer bead is located 50-80 cm beyond the plumb of the canopy.

Like animals, including humans, citrus fruits are victims of diseases caused by fungi, viruses, or even nutritional deficiencies (vitamins, trace elements). Their consequences are generally much more serious than those caused by pests or parasites.

Formerly known as the fungus Phytophthora, the organism responsible for late blight is now classified as an oomycete, a life-form similar to the fungus but more closely related to algae. While this may be an insignificant distinction when plants are diseased, this new understanding may allow for better methods of control shortly. 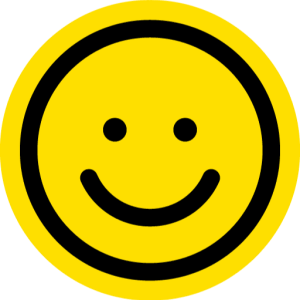